Ford Motor Company today announced that Jim Hackett, who has led the company’s transformation since 2017, plans to retire from the company. Jim Farley has been named the company’s new president and CEO and will join the board of directors, effective Oct. 1.

Hackett, 65, and Farley, 58, will work together on a smooth leadership transition over the next two months.

Under Hackett, Ford moved aggressively into the new era of smart vehicles and drove a deeper focus on customers’ wants and needs. At the same time, Ford improved the fitness of the base business – restructuring operations, invigorating the product portfolio and reducing bureaucracy.

“I am very grateful to Jim Hackett for all he has done to modernize Ford and prepare us to compete and win in the future,” said Bill Ford, Ford’s executive chairman. “Our new product vision – led by the Mustang Mach-E, new F-150 and Bronco family – is taking shape. We now have compelling plans for electric and autonomous vehicles, as well as full vehicle connectivity. And we are becoming much more nimble, which was apparent when we quickly mobilized to make life-saving equipment at the outset of the pandemic.”

Farley, an automotive leader with deep global experience and a successful track record, collaborated with Hackett over the past three years to develop and execute Ford’s Creating Tomorrow Together plan to transform Ford into a higher-growth, higher-margin business.

“Jim Farley matches an innate feel for cars and customers with great instincts for the future and the new technologies that are changing our industry,” Bill Ford said. “Jim’s passion for great vehicles and his intense drive for results are well known, and I have also seen him develop into a transformational leader with the determination and foresight to help Ford thrive into the future.”

Farley joined Ford in 2007 as global head of Marketing and Sales and went on to lead Lincoln, Ford South America, Ford of Europe and all Ford global markets in successive roles. In April 2019, Farley was chosen to lead Ford’s New Businesses, Technology & Strategy team, helping the company determine how to capitalize on powerful forces reshaping the industry – such as software platforms, connectivity, AI, automation and new forms of propulsion. He was named chief operating officer in February of this year.

Hackett, who will continue as a special advisor to Ford through March of 2021, said the time is right to pass the mantle of leadership to Jim Farley.

“My goal when I took on the CEO role was to prepare Ford to win in the future,” Hackett said. “The hardest thing for a proud, long-lived company to do is change to meet the challenges of the world it’s entering rather than the world it has known. I’m very proud of how far we have come in creating a modern Ford and I am very optimistic about the future.

“I have worked side-by-side with Jim Farley for the past three years and have the greatest confidence in him as a person and a leader,” Hackett said. “He has been instrumental in crafting our new product portfolio and redesigning our businesses around the world. He is also a change agent with a deep understanding of how to lead Ford in this new era defined by smart vehicles in a smart world.”

Said Farley: “I love Ford and I am honored by the opportunity to serve and create value for Ford’s employees, customers, dealers, communities and all of our stakeholders. Jim Hackett has laid the foundation for a really vibrant future and we have made tremendous progress in the past three years. I am so excited to work together with the whole Ford team to realize the full potential of this great company in a new era." 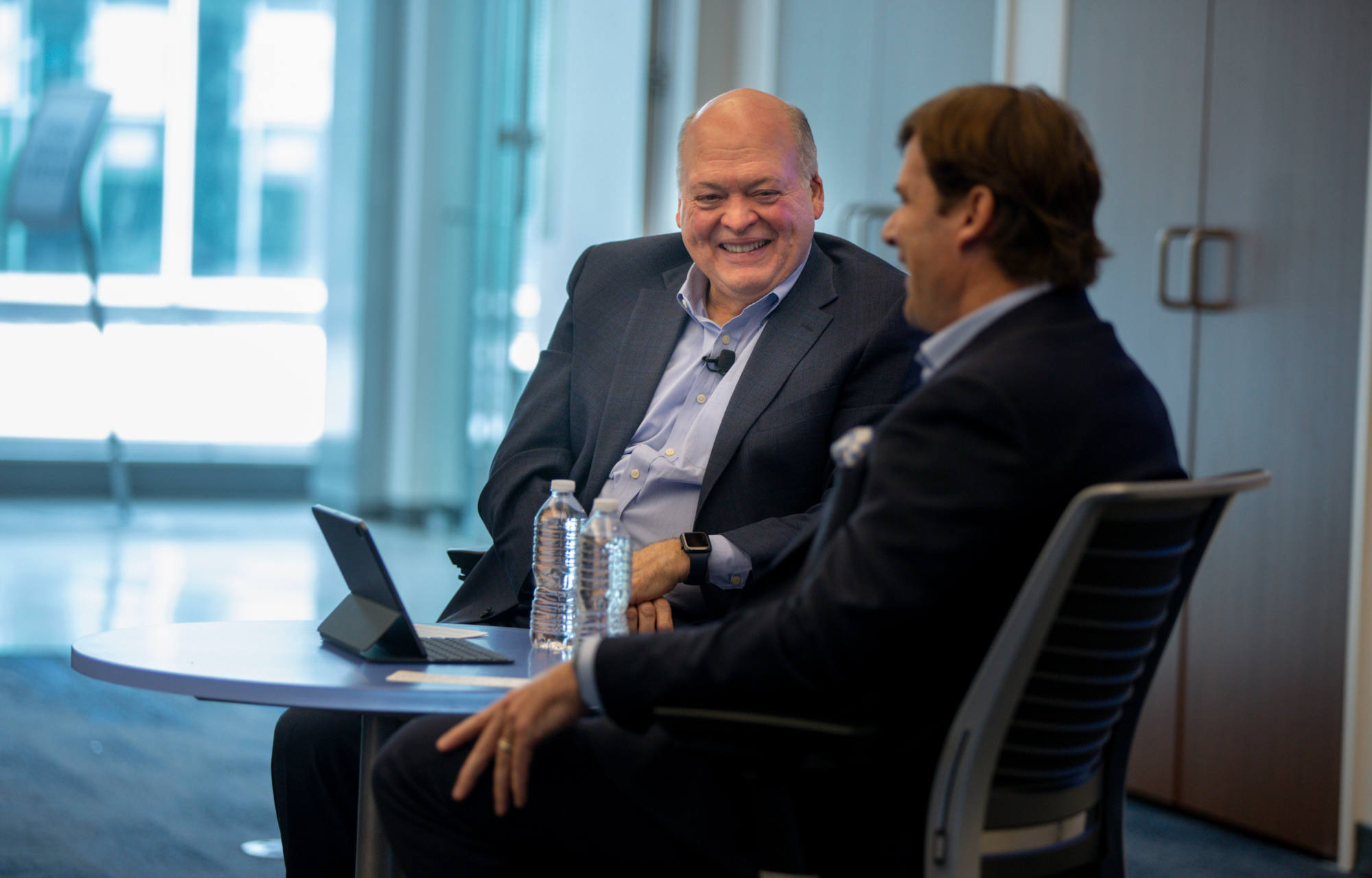